On 15 November 2011 Bucharest, capital of Romania, hosted the International Academic Conference: KAZAKHSTAN 20 YEARS OF INDEPENDENCE. PEACE AND CONSTRUCTION. The Conference was hosted and organized by the Institute of International Relations and Economic Cooperation of Romania and Kazakhstan Diplomatic Mission in Romania and had enjoyed the presence of President of Romania Mr. Ion Iliescu and President of Romania Mr. Emil Constantinescu , representatives of Romanian Parliament, Romanian Government and European academics etc.

The conference was opened by Professor Dr. Anton Caragea- Director of Institute of International Relations and Economic Cooperation of Romania who presented the speech: KAZAKHSTAN – 20 YEARS OF FULFILLED PROMISES, outlining the transformation of Kazakhstan from an energy dependent country into a world energy supplier, a powerful state, with consolidated democracy, market economy, social development and exporter of stability in Central Asia region.

The speech of Professor Anton Caragea was fallowed by welcoming remarks of H.E. Kairat Aman , Charge d`Affairs of Kazakhstan Mission, who presented the astonishing accomplishments of Kazakhstan in reaching economic development , social and cultural enlightenment of his population and constructing a powerful democracy based on people consensus .

Mr. Ion Iliescu, President of Romania (1990-1996; 2000-2004), had presented a report titled: KAZAKHSTAN AND WORLD ECONOMY GLOBALIZATION. The report is pressing on the impressive successes of Kazakhstan in the last 20 years: reconstructing Silk Road in transport and energy supplies lines, in promoting regional economic cooperation and in developing social and cultural status of people of Kazakhstan.

President Nursultan Nazarbaev has constructing a powerful and successful Kazakhstan, that everybody could be proud, concluded President Ion Iliescu.

Member of Romanian Parliament : Catalin Nechifor congratulating Kazakhstan as a bridge between Europe and Asia.

The other speeches where held by Catalin Nechifor , member of Romanian Parliament and Vice-President of Romania –Kazakhstan Friendship Parliamentary Group and by Dr. Mircea Constantinescu- Director of European Diplomatic Academy of European Council on International Relations. The two key note speeches had reflected the astonishing successes of Kazakhstan latest 20 years of independence : democracy, development , high standard of living , security and promoting international cooperation via international organization presided by Kazakhstan such as: Organization of Security and Cooperation in Europe (2010) and Organization of Islamic Conference (2011).

The International Academic Conference: KAZAKHSTAN 20 YEARS OF INDEPENDENCE. PEACE AND CONSTRUCTION was the most important conference dedicated to Kazakhstan Independence celebration in European Union and was an example of the interest generated by Kazakhstan on world stage and of brotherly relations between Romania and Kazakhstan.

Discussion before the conference. 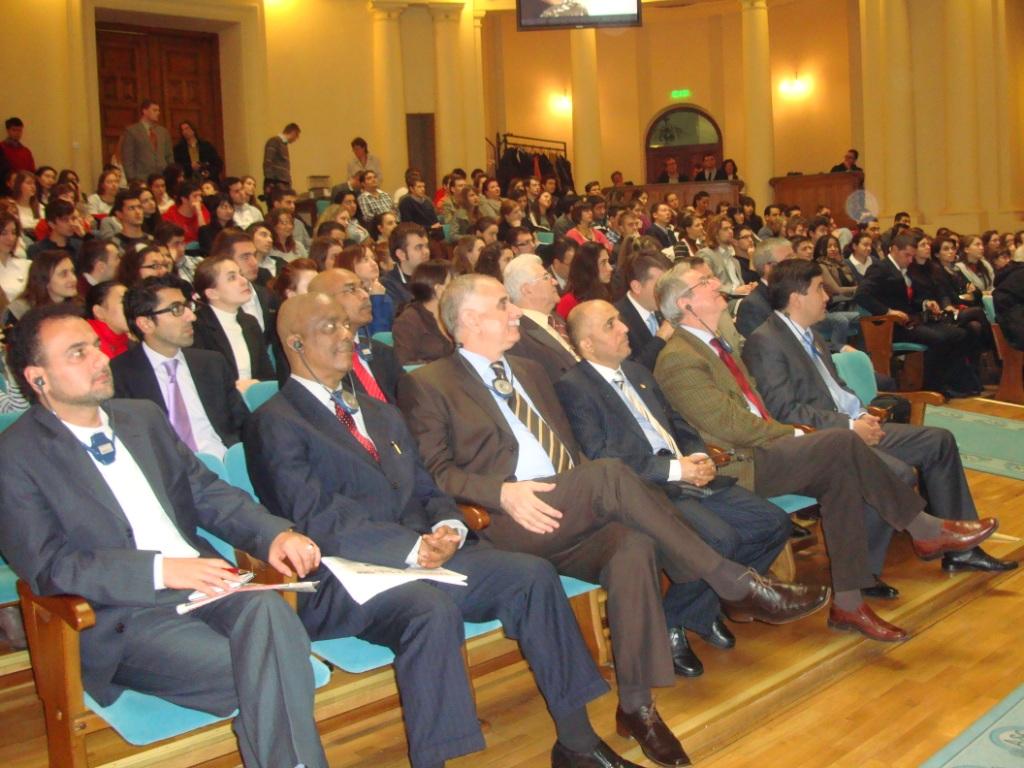 Friends of Romania and Kazakhstan. Ambassadors presents on the venue of the International Conference on Kazakhstan 20 years of independence.