THE SPRING 2015 STARTS AT COTNARI HOUSE OF WINE!

A new promotion campaign for Romanian wines will have his start from 8th April 2015, under the banner: THE SPRING STARTS AT COTNARI HOUSE OF WINE!

The wine promotion campaign is destined to present to an international audience the BEST ROMANIAN WINE: COTNARI HOUSE OF WINE.

The COTNARI HOUSE OF WINE (CASA DE VINURI COTNARI) has received the most outstanding recognition, for the quality of Romanian wine, in December 2014. 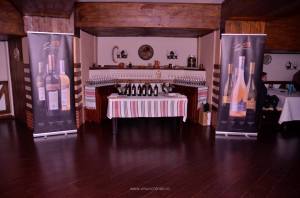 With the start of this promotion campaign, ambassadors and wine tasters,journalists and HoReCa representatives from all around the world, will enjoy the brands selected and highly marked as the best wines presented by Romania, the wines produced by CASA DE VINURI COTNARI (COTNARI HOUSE OF WINE).

The selection of wines, that will be presented for the SPRING 2015: THE SPRING COMES FROM COTNARI HOUSE OF WINE ! will include the Ambassador wines of Romania and will be presented to diplomats, foreign journalists and importers of wine from across the world. 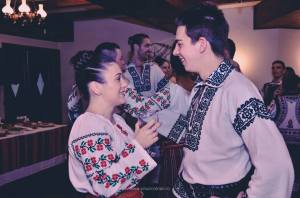 Amongst the special wines presented on this occasion the list includes the BEST ROMANIAN WINE for 2015: COLLOQUIUM IN PARIS-BUSUIOACA DE BOHOTIN (awarded with 98 points) that will be a highlight of the diplomatic parties and receptions and will bring glamour to the main diplomatic events of spring 2015.

The Romanian diplomatic guests will enjoy from 8 April to 1 July 2015 the famous Feteasca Neagra (Black Girly) from COTNARI HOUSE OF WINE, Domenii label, a wine that was named THE BEST ROMANIAN RED WINE for 2015 and conquest the public during GoodWine international Fair in March 2015.

Other wines that will represent the best of what Romanian wines have to offer, produced by the COTNARI HOUSE OF WINE the most significant producer from Moldavia region, are including the COLLOQUIUM IN MOSCOW-from famous Grasa de Cotnari, a specific Romanian grape variety, freshly bottled after ageing in 2014 (considered with 91 points).

As the Romanian wine is suffering from an acute lack of international promotion the campaign: : THE SPRING COME FROM COTNARI HOUSE OF WINE ! will address this issue.

You could also join in the program by consuming, as a true Romanian ambassador, the wines of COTNARI HOUSE OF WINE, offering as a gift this premium wines and enjoying the BEST ROMANIAN WINE for 2015: CASA DE VINURI COTNARI wine.