Between 22 to 29 April 2015, an on site Monitoring Mission for Early Presidential Elections of Kazakhstan will be deployed by the Institute of International Relations and Economic Cooperation in Kazakhstan.

The announcement was made by Professor Dr. Anton Caragea, President Director General of Institute of International Relations and Economic Cooperation upon receiving the preliminary report on the 26 April 2015 Presidential Election in Kazakhstan. 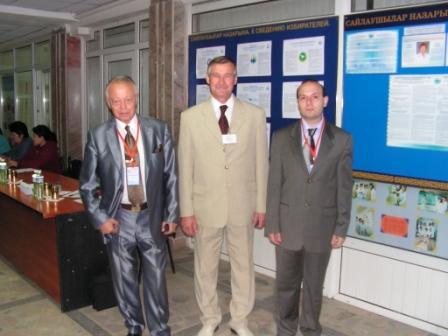 The report highlighted that: the necessary steps in order to insure an honest and balanced electoral consultation respecting democratic standards were fully taken by The Government of the Republic of Kazakhstan.”

Kazakhstan is a fully flagged democratic state with a long track record of holding free and fair parliamentary and presidential elections.

Romanian delegations where involved in electoral monitoring missions in 2007, 2012 parliamentary election and in 2011 presidential elections in Kazakhstan, offering a clean bill of health to the organization and managerial process of the electoral activities in Kazakhstan.

Kazakhstan has succeeded in asserting himself as a pillar of democracy and economic development in the world and as powerful factor of balance on international arena.

Kazakhstan has succeeded in holding the most successful chairmanship of Organization for Security and Cooperation in Europe in 2010 and pushing forward a revolutionary reform of the organization.

Kazakhstan has asserted himself as a global leader by promoting the agenda of a Conference for Security and Cooperation in Europe and Asia, promoting the relinquishing of atomic weapons with ATOM Project in Seoul International Conference and hosted for two years in a row (an exceptional achievement) the Presidency of Organization of Islamic Conference.

Kazakhstan also obtained the hosting of World Expo 2017, putting forward the most ambitious project of renewable energy production and of ecological prowess.

Finally Kazakhstan was inscribed amongst 50 most developed world nations and will reach the top 30 developed nations by 2020 and has just launch an ambitions economic program called: Bright Path-Nurly Zhol.

Professor Dr. Anton Caragea, President Director General of Institute of International Relations and Economic Cooperation summarized, with this presentation, the today world standing of Kazakhstan as a driving force of humanity and express Romanian commitment in helping Kazakhstan fostering his democratic society project and in promoting Kazakhstan as a world example of open society.

A final report on Early Presidential Elections in Kazakhstan will be made public after the delegation return from Kazakhstan comprising all the Election Day activities, announced IRICE President.