DOMENIILE PANCIU are succeeding a new European level performance as they obtained the GOLD MEDAL for their famous sparkling wine Muscat Ottonel Panciu Riserva 2017 in the contest of Berliner Wein Trophy 2018. 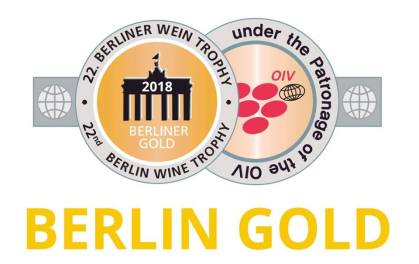 The Berlin-based competition can be best evaluated by a few key figures like: 6700 wines under jury evaluation, 198 experts garnered as jurors for the contest, 35 committees dedicated to the evaluations and a few gold medalists among whom DOMENIILE PANCIU from Vrancea Tifesti had taken center stage.

DOMENIILE PANCIU achieved the apex of international recognition and succeeded in placing under limelight once more the value of the Vrancea terroir that is producing sparkling wines on equal footing with famous Champagnes sparkling wines or Italian ones. 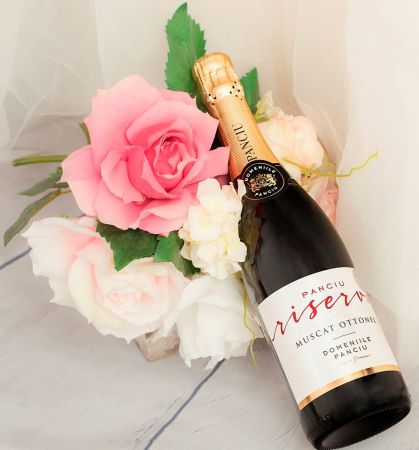 More articles about WINE INDUSTRY can be read out here:

In Romania, in three out of six years, DOMENIILE PANCIU were selected to uphold Romanian wine industry prowess and to keep the banner of the Romanian sparkling and still wines being awarded the DIPLOMATIC WINE designation in 2014, 2016 and again in 2017. 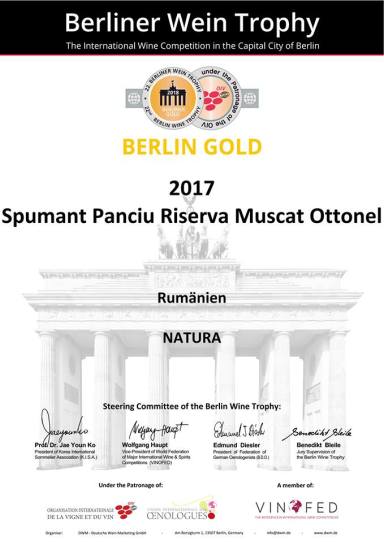 To this long list of achievements we must add the DECANTER bronze for the DOMENIILE PANCIU BRUT sparkling wine in 2015, 2016 and 2017 and in 2015 the Muscat Ottonel sweet wine has received a Special Mention for a perfect aroma and balanced taste winning the appraisals of world`s top wine tasters, as the organizers of DECANTER competition are affirming.

If you want to taste the best European and Romanian wines or for request for information and orders you can reach Domeniile Panciu here: