On July 12, 2019 THE DOMENIILEPANCIU owner and president Mr. Daniel Guzu was decorated as the CREATOR OF 2019 DIPLOMTIC WINE OF ROMANIA.

The news comes in the wake of eight months of successes when the DOMENIILE PANCIU wines obtained powerful recognitions during Brussels Wine Competition snatching the top prizes against more than 9000 competitors worldwide.

On the occasion of the Summer 2019 diplomatic visit to Vrancea during the official visit to the new HOTEL DOMENIILE PANCIU (Resort and Winery) a simple and pleasant ceremony to award Mr. Daniel Guzu with the recognition for the creator of DIPLOMATIC WINE FOR 2019-BEST WINE OF ROMANIA had taken place. 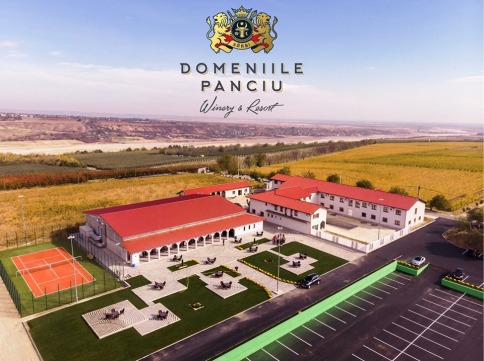 The ceremony reflected the PANCIU DOMAINS (Domeniile Panciu) role in promoting Romanian wines in the world and to mark the extraordinary successes registered in 2019.

Mr. Daniel Guzu-DOMENIILE PANCIU President is congratulated on the occasion of his acknowledgement as the creator of THE ROMANIAN DIPLOMATIC WINE/ROMANIA`S BEST WINE.

We must mention that under the former name of HOUSE OF PANCIU (CASA PANCIU) the wines of Vrancea had obtained the prestigious accolade of being the DIPLOMATIC WINE OF ROMANIA-THE BEST ROMANIAN WINE in 2011, 2013, 2016 and 2018 placing at the fore wines that made history like: FETEASCA NEAGRA, ŞARBA, BABEASCA and unique sparkling wines like the MUSCAT OTTONEL a momentous sparkling wine selected as DIPLOMATIC WINE FOR 2019 and was medalled with Gold at Berlin Wine contest in 2018.

The new sulfites free wine concept has conquered the eyes and the taste of the public in attendance.

The members of the diplomatic corps present on the venue had highlighted also the efforts of the PANCIU DOMAINS winemaker Mr. Sorin Macoviciuc and his role in the launch of the new sulfites free wines batch.

More articles about ROMANIAN DIPLOMATIC WINE can be read out here:

Professor Dr. Anton Caragea President of Institute of International Relations and Economic Cooperation had graciously recognized Mr. Daniel Guzu highlighting him for being the man of energy and vision that restarted the winemaking tradition in Vrancea, created in Ţifeşti a center for sparkling wine at par with Champagne region in France and today offered for tourists and lovers of adventure and discovery trips the new DOMENIILE PANCIU HOTELS opening Vrancea County to the world of travel.

Public diplomacy has much to be grateful to Mr. Daniel Guzu, DOMENIILE PANCIU President for hosting the Summer 2019 Diplomatic Trip to DISCOVER ROMANIA, but even more for giving the world the opportunity to taste the special wines of Romania and to witness, the beauties of Vrancea mentioned Professor Dr. Anton Caragea. 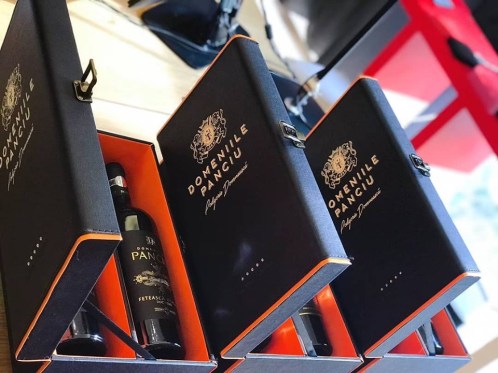 The public ceremony to award DOMENIILE PANCIU/PANCIU DOMAINS has concluded with an ample and lengthy tasting session comprising more than 20 wines types and varieties, cider and healthy natural fruit juices produced under the brand of ANA ARE.

If you want to taste the best Romanian wines or for request for information and orders you can reach Domeniile Panciu here: