ANTI-SYRIA REVOLUTION. THE TRUTH BEHIND THE LIES

On 9 May 2011, Professor Anton Caragea , Director of Institute of International Relations and Economic Cooperation has presented a comprehensive report on Anti-Syria revolution. The truth behind the lies. 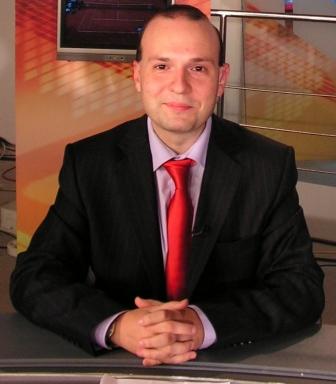 The report had stressed the fact that in Syria there is now revolution in making ,but a classical coup d`etat ,supported by old colonialist powers. ″ Syria is the least possible target for a so called revolution. In front of the country is a leader of undoubtedly huge popularity: Bashar Al Assad. Young, western educated, modernist, reform minded- his rule of just 11 years is miles away from the decrepit autocracy of Hosni Mubarak or Zine El Abidine Ben Ali.

Bashar Al Assad is having a clear track of successes: opening Syrian society, release of all political prisoners, fighting corruption, opening internet, accepting a western style society and creating a huge social and political base for his government ″ appreciates Professor Anton Caragea .

The reports emphasize the fact that Syria is a viable democracy an open society, in full process of reforms and modernization on all sectors of life, and the main target is just the independent foreign policy that the country is pursuing . The main vectors for this attack on Syria are according to professor Caragea evaluation : ″the Syrian-Iran alliance it is targeted here. Iran was not attacked yet, because of just one reason: an attack on Iran, will instantly inflame the Middle East ,with Syria supporting Iran and Hezbollah in attacking Israel.

Now, taking Syria out of the equation, will mean the dissolution of Hezbollah, the dismantle of Lebanon and the end of any retaliation possibility for Iran.

The destruction of Iran alliances it is not the only thing at stake in the aggression on Syria.

In the last years Turkey had becoming a worrisome partner for West and Ankara`s main partner in a new policy toward Arab states and Islamic community is Syria. With Syria, Turkey resolved border issues pending from more than 80 year ago, opened frontiers, resolved the disputes on Euphrates water and opened markets.

This was a success story of unmatched efficiency and now, if Syria collapsed , Turkey new policy will also collapsed and in the Arab world eyes will be just another partner of western aggression and the dream of a Turkey-Arab alliance will be shattered″ .

In this climate of conspiracy and pressure by dint of media manipulation and terrorist attacks the foreign power realized that :″ being impossible to create a revolution inside, Syria was targeted by a media war off unthinkable intensity. Photos and videos from Bahrain where presented on Al Jazeera and western stations as BBC and CNN as images from Homs or other Syrian cities , protest in Alexandria , with Egyptian flags, where portrayed as demonstrators in Latakia and the list could go on indefinitely .

While in Syria there was no protests, groups of armed gangs where crossed from southern Syria and sent to kill civilians in Deraa, Homs, Hama , Latakia hoping to provoke a civilian reactions against so called army and police atrocities . This had failed one more time, as in Syria everybody knows that the army will never fire on protestors or civilians. The high regards that army is having in popular minds blocked this new attempt of spreading chaos″ .

In front of all this failed plots and attack the report of professor Anton Caragea is ending in a brighter light : ″ people of Syria will always stead fast on their dedication to build an independent and free country by dint of honesty and refusal of compromise .